Private Investigation Services for any need! 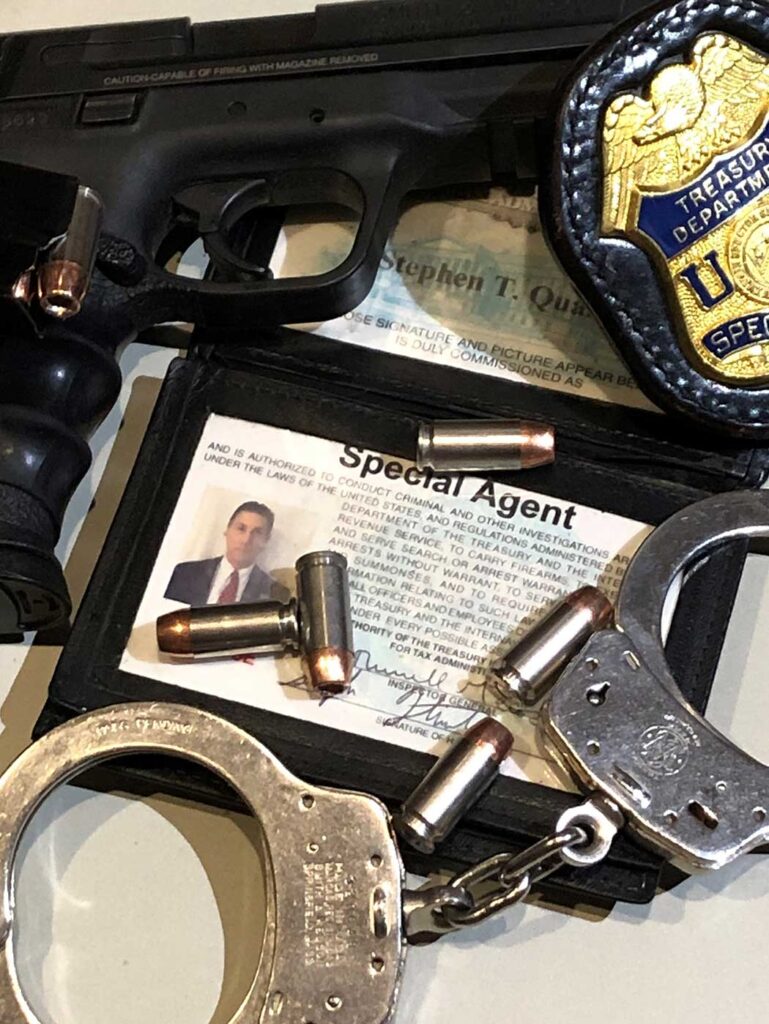 Who is Stephen Quartino?

Stephen Quartino is a retired career Federal Law Enforcement Officer with thirty-four years of experience. As a senior Special Agent in the United States Department of Treasury, Special Agent Quartino worked in the Boston and New York Field Divisions for three decades and was later detailed to the Internal Affairs Division in Washington, DC. Throughout his career, his investigations have resulted in more than 100 criminal prosecutions.

Stephen was assigned to the Joint Terrorism Task Force, the Anti-Terrorism Training Council, and the Bank Secrecy Act Task Force. He was charged with instructing basic Special Agents while detailed to the Federal Law Enforcement Training Center. Stephen is an expert Firearms Instructor, Use of Force Instructor, Defensive Tactics Instructor, and an Active Threat/Shooter Instructor.

A student of criminal justice, Stephen earned a Bachelor of Science degree from Bryant University and a Master of Science degree in Criminal Justice from Salve Regina University.  He is a graduate of the Federal Bureau of Investigation Academy and the Federal Law Enforcement Training Center. His considerable education and experience well qualify Stephen as an influencer in educational practices of several colleges and universities.

In 2009, Stephen developed and implemented the Associates of Science degree and Bachelor of Science degree in Criminal Justice at New England Institute of Technology. He served as an adjunct instructor at Gibbs College from 2003 to 2009 and an adjunct instructor at New England Institute of Technology from 2009 to 2021. Stephen is a respected guest lecturer at Roger Williams University, Salve Regina University, and the University of Rhode Island.

Mr. Quartino is now the President of Discreet Investigative Solutions.